We are a woman-owned, small, family business wanting more than anything to bring holistic, high-vibe, and clean products that are sustainable and bring joy. It’s in our blood to do this work. We come from a female line of empaths and light workers with a mission to bring positive support and facilitate healing. We believe true healing comes from within and we want to empower our customers to see this potential within themselves and take action. We come together for one mission: to be a part of the light and bring long-lasting support into a difficult world. Pouring every extra ounce we have into this formation, we are so happy to be here and be a part of the holistic movement. We love what we do and hope you enjoy our products as much as we love making them for you. xo 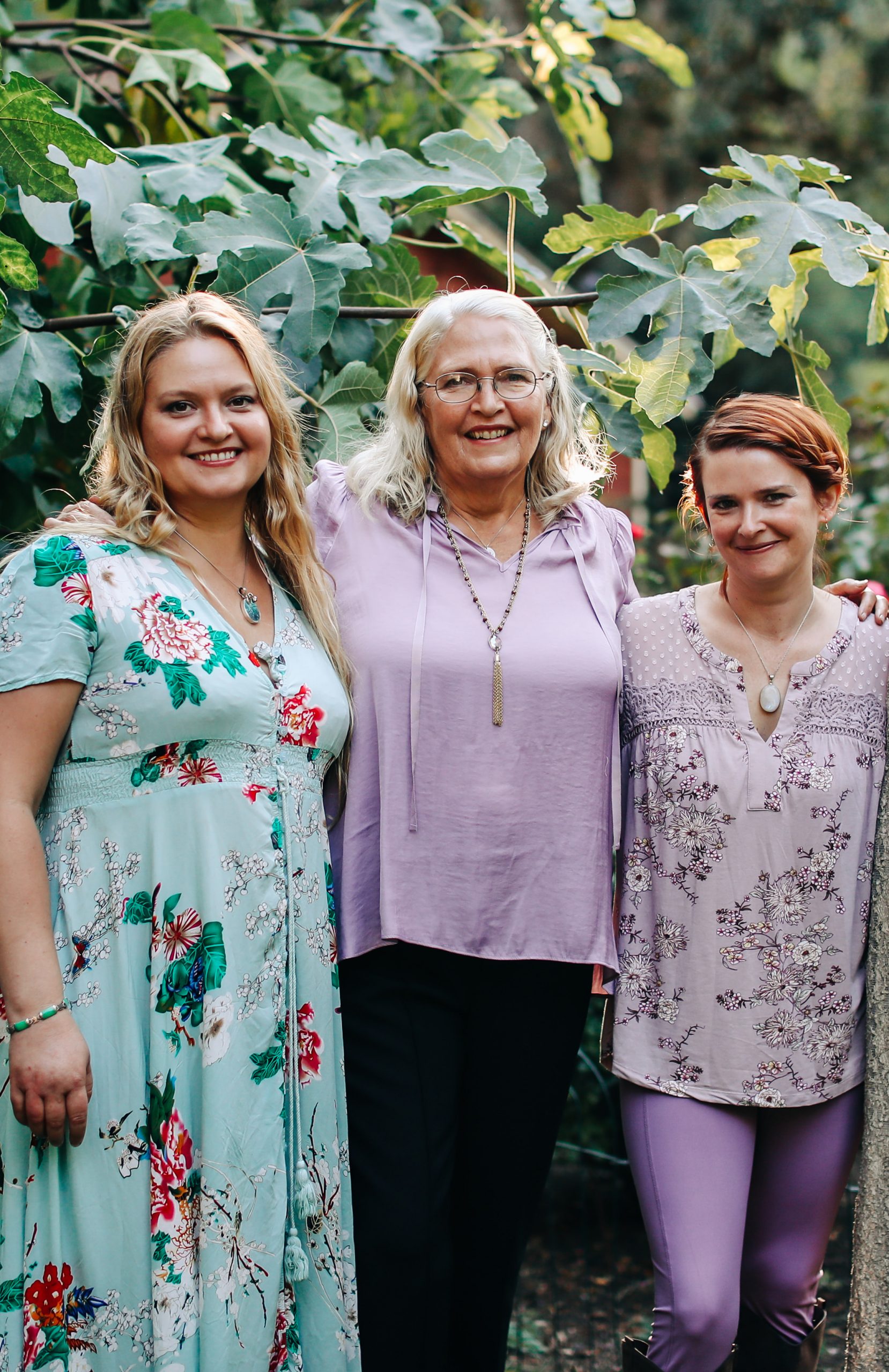 It began with an idea….Erin was studying for the bar exam and was beginning to fall asleep when out of nowhere, she received a name and list of ingredients that she typed on her computer. There were four names with a list of ingredients for each that later become our intention sprays: Oh Yes I Can, Get Out Of My Space, Grounding & Purifying Time, and Releasing the Shackles. She received more names in the same manor that became our intention line, including bath soaks, gem balm lips, anointment oils, and candles. Erin approached her mom, Cindy, and her sister, Shannon, about her idea and, from that point on, the company was manifested. About a year later, the skin care line was formulated to support any skin type naturally and fully, especially reactive, or sensitive skin. There are products that Erin recorded through the same method that have not been created yet, but the AHH team looks forward to fully realizing all these loving products at the right time.